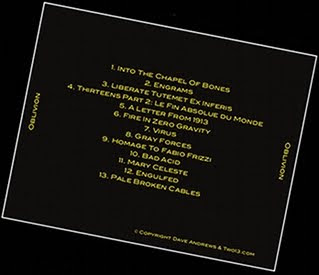 Oblivion was the direct follow up to Oscuro, and was composed & arranged from May to August, - completed for the FILM4 FrightFest at the end of August 2007.
With a further thirteen thematic compositions to tie in with the festival, - the pieces were initially more ambitious than the CD from the previous year, although things didn't necessarily work out in quite the way I had expected.
Oscuro was my first attempt at putting this kind of material together, - and it went down pretty well, so I thought I'd go all out on the weirder aspects of the material for the second CD.
I had been making notes and scribbling down ideas about possible pieces for the CD for about a month before writing and production took place, - and at the time, I was reading Vincent Bugliosi's book, Helter Skelter - which is about the events surrounding Charles Manson. 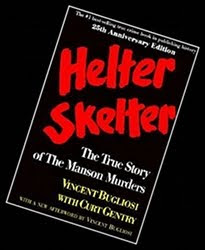 The first piece on the album was a very dark and paranoid tune. Harpsichords, pianos and bizarre strangeness, all of which was supposed to suggest somebody's descent into madness, - or possibly the protagonist's twisted enjoyment of the journey into psychosis, - which was the overall subject for the whole CD.
At some stage during the proceedings, the whole thing needed a bit of a charge to cut through the weirdness, so (probably because of the period and story of Helter Skelter) a piece came together called Bad Acid, which was basically an all-out 60's / 70's groove, with a big, fat, dirty bass-line, and some insane Goblin-esque keyboard solos to fire things up.
The concluding piece on the CD is called 'Pale Broken Cables', which features an operatic vocal performance by a friend of mine, Emma Brown - who has a beautifully emotive & rich cadence to her voice, and also a tangible vulnerability.
Emma features throughout the CD in various guises, as a miaowing cat, giggles, moans and groans etc, however her vocal on this piece was genuinely fantastic.
Typically, the tracks that took the shortest time to write were the ones that seemed to work best.
'Pale Broken Cables' netted a feature film, - and another piece - 'Fire In Zero Gravity' featured on two documentaries, which wasn't so bad after all.
As well as that, it did well on the internet, which was a surprise to me, considering the overall tone of the CD. 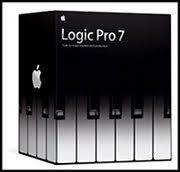 Recording and sequencing.
E-Magic Logic version 6 had since changed into Apple Logic Pro 7, and there were plenty of new features to confuse, annoy and bewilder - but also some pretty cool ones too.
Most of the earlier pieces had been written using pianos and keyboards, and then additional layers of samples and external sounds were included later on.
The later pieces were a lot more experimental, and were my first experiences using loops. Before that - I'd been completely against the idea of using a loop to create a track, which is ridiculous, because there's so much amazing and incredible stuff you can do with them.
All of the sample and loop libraries used on Oblivion were created by the amazing sound synthesist, Ian Boddy. I'd be totally lost without his libraries. 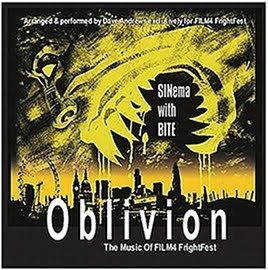