In 2006, I wrote and recorded my first full album for the London FILM4 FrightFest, and each year since then (up until 2010 inclusive) I have supplied the festival with it's own (mostly instrumental) annual soundtrack CD.

The festival runs for 5 days, so I always tried to keep the material was as wide-open as possible, whilst still exploring the darker themes.
There would usually be some feature tunes, and connective themes to glue everything together.
These albums were all written, performed and recorded at home - just to keep the neighbors happy.

Here is a selection of tracks from each of the albums, which is followed by a few words on each CD.
Use your mouse to scroll up and down over the MP3 player to see each of the tracks. 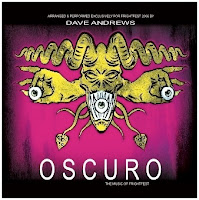 This was the first CD I'd ever written, and I still think that the material is (musically) the most accomplished so far from any of the other CDs - perhaps because it was the first time I'd tried to do anything like this.
The compositions have a nice dreamy, ethereal quality to them, and although it was a total experiment, - it just 'worked'.
If I was to re-edit this album - I would still probably remove a couple of tracks for timing and vibe reasons.
Artwork is courtesy of FrightFest, and was created by the one and only Graham Humphries 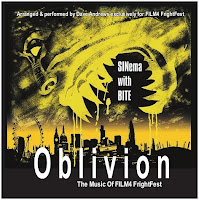 Much darker material throughout this CD overall, and it's my least favorite of all of the FrightFest scores, - however some of the material led me to my first movie score, and onto other projects.
It's just all too dark, and I over-analysed everything for months - and it just did not flow, perhaps due to the fact that I was very unhappy at that time.
The production wasn't very good, it's really over-compressed and half of the compositions had an unfinished vibe to them, - which was a shame because the other half really worked nicely.
I had obviously been watching Event Horizon at the time, because two of the track titles are based on dialogue from the film.
The lovely vocal performance is courtesy of a friend of mine, called Emma Brown.
Artwork is courtesy of FrightFest, and was again created by the one and only Graham Humphries. 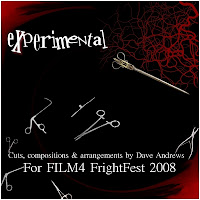 A much happier writing process on this CD, and the whole thing took just about 3 weeks from start to finish.
After the doom and gloom process of Oblivion, I decided to just write, and not stop until it was finished.
Whatever came out, was how the album was going to sound - hence the name.
I had plenty of fun with these tunes, and it was a real breath of fresh air to write some music without any constraints.
I didn't want to make the same mistakes I'd made on Oblivion. 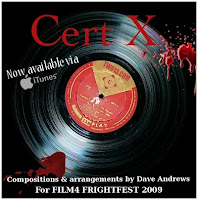 Just the same as ExPERIMENTAL, I had a blast writing this CD.
I used the same writing ethos from last year's CD, and included a few homages to some movie sub-genres.

I also kind-of opened the sound up on this one a little bit more, so there were more feature tracks.
Complex sequencing has always been one of my favorite guilty pleasures, and I think I really let the sequencer genie out of the bottle on this CD, and just enjoyed some good old fashioned cinematic electronica.
The overall vibe was right back to the first CD, Oscuro - which made me very happy.
I put a little video together for one of the tracks, called 'Wrecks' which hopefully you can see at the bottom of the blog. 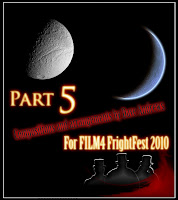 Again - I had LOTS more fun with this one, and it has everything but the kitchen sink.
I put in some very late nights here, but enjoyed every second of the writing process.

Lots of musical bugs, devils, ghosts and other fun stuff on here.
Emma Brown re-appears on this CD for another lush vocal performance on Ghosts Of The Sea Lanes, and the ethereal spoken-word vocals are from TV voice-over artist Lucy Thorpe, who was a great sport and a total trooper - delivering my cooky dialogue in fine style.