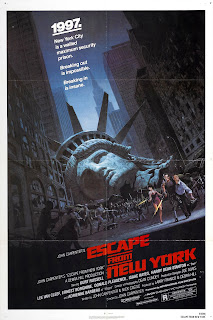 Some love it, some don't - but Escape From New York is one of my favorite films of all time - and probably the first time I was utterly spellbound by a film soundtrack.

As a ten or eleven year old kid, I was blown away, and completely hooked from the very first second - as the main theme began to swell ominously over a black screen, right up to the last repeated sequence as the credits play out.
An eerie, brooding minimalist theme to introduce John Carpenter's bleak dystopian vision of Manhattan Island as a futuristic prison, and foreboding sections of music to perfectly compliment the apocalyptic narrative.


I'd wanted to put together a cover of this for years, but didn't get around to it for some reason. After all - what's the point?
But recently, I thought 'what the hell' - and I'm glad I did, because it was fun figuring out the parts, although I admit that picking out some of the subtler layers was way more complicated than I originally thought it was going to be.
All the same - it's quite a minimalist piece of music, and it would be easy to clutter it with unnecessary bits and pieces.

I have tried very hard to remain as faithful and true as possible to the vibe, sounds and layers used in the John Carpenter/Alan Howarth original version - while also trying to get a bit more clout into the rhythm parts, some extra guitars - and there's an additional little solo run in there too towards the end.
Incidentally, the version used on the film credits has some additional reverb, which was presumably added during the mix. The version on the original soundtrack album is completely dry, and doesn't sound anywhere near as powerful. I've gone the reverb route on this cover version for reasons of authenticity. 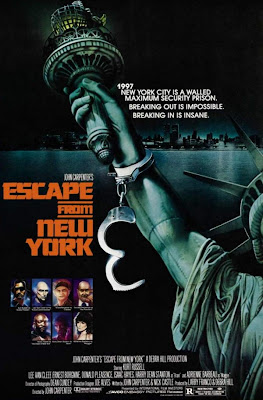