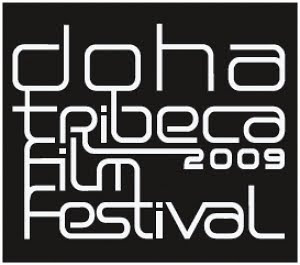 For the past few weeks, I’ve been doing some work for the people over at the Doha Tribeca Film Festival, which takes place from October 29th – November 1st in Qatar
New York's Tribeca Film Festival (TFF) co-founded by Robert De Niro - joined forces with the the Qatar Museums Authority to announce the worlds first Doha Tribeca Film Festival which will take place this month in Doha, Qatar.
My friend Ben Robinson is currently in Qatar working with the organizers, and putting together various incredible media for the festival - and every now and then he gets in touch with a new piece of work.
This is fantastic for me, because I get the chance to work with him even if we are on different sides of the planet, and also because it’s a real honor to make a contribution to all the hard work Ben and company are doing for such an immense festival.
The first piece makes a little bit of history as the first short horror film ever from that particular region, and lasts just 60 seconds – but it’s a blast.
Directed by Noora Al Meadadi, It’s called Lunchtime, and you can see it here:
My contributions to Lunchtime are the beast / monster sound effects, some additional foley, and the overall music, but as you can see – the team out in Qatar have done a fantastic job.
Last week, I was working closely with Jamie Riordan on two official Doha Tribeca festival trailers, which will be screened on the TCM channel for the next couple of weeks, and on 35m across major cinemas throughout the Gulf.
This time around, my role was to put together an intense sound design and music score for the pieces, which combine live action, complex animation and intense photography, to produce some super-charged results.
More details about those next time, because official screenings take place some time over the coming week.
Have a great weekend!
Over and out.
Posted by Dave@Two13.com at 03:05 No comments: