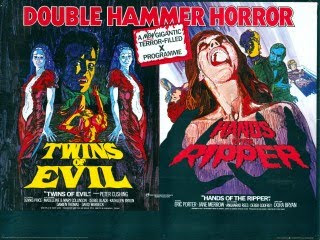 Way before the days of DVD or even VCR - the TV channels in the UK would often screen lurid double bills of horror pictures.
From the obvious 1930's Universal successes; - like Dracula,
Frankenstein or Bride Of Frankenstein - through to the more obscure 1940's titles - like Frankenstein Meets The Wolf Man, House Of Dracula, Ghost Of Frankenstein etc - there was always something to look forward to throughout the week. 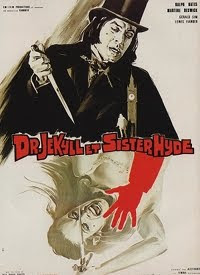 Although the black and white Universal horrors were fantastic and fun, Hammer horror films were always a lot more interesting to me as a child, because there was far more chance of seeing
bloodier, and more visceral carnage, and with any luck - some female nudity.
At the very least, there were sure to be the odd corset threatening to burst open if ever a Hammer scream queen either ran too fast, or screamed too loudly! Everything from Dracula AD.1972, Vampire Circus, The Blood Beast Terror and Twins Of Evil, to now rarer films like Crescendo and Scream Of Fear were shown fairly regularly. 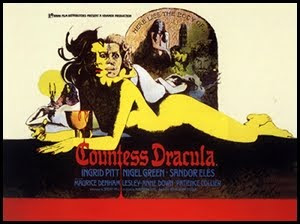 Back then, there must have been some extremely cool people working for the television networks.
On Mondays, there was usually a Hammer double bill. On Wednesdays there was always a sci-fi duo - where movies like Mighty Joe Young would be paired with The Beast From 20 000 Fathoms, or This Island Earth would be screened alongside Forbidden planet.On Fridays - usually both Universal and Hammer aired on different channels - and midweek late-night screenings of eclectic 70s horror films were quite normal: Burnt Offerings, The Wicker Man, The Omen, Holocaust 2000, The Abominable Dr. Phibes, Death Line - and so on . . . 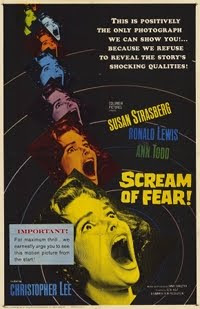 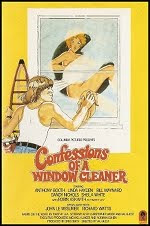 Much like the British sex comedies that promised nudity, rudeness and titillation, and usually delivered it all in a
respectably naive - but definitely appealing way, - there was always something naughty about a Hammer horror feature. Although they weren't particularly graphic by European standards - there was something completely unique and enticing about the lurid titles, garish artwork and the promise of some lusty macabre mischief which made them absolutely essential viewing.
It's only natural than some purists would regard Curse Of Frankenstein (1957) and Dracula (1958) as the artistic pinnacle of Hammer's output, and seem to blankly disregard the later, more graphic and commercially exploitive films such as Vampire Lovers, Lust For A Vampire, Hands Of The Ripper . . and so on. Films which responded to the increasing demands for more blood, more sex and more excuses for female nudity. However, in my own biased way, I think that these later films perfectly captured the overall Hammer aesthetic - which at the time was all about providing the audience with exactly what they wanted: Glossy sexy horror mayhem in a loud and colourful package.

The days of video were still over a decade away - and the horror cycle had come full circle once again.Cinema audiences wanted to be entertained for 90 minutes, and Hammer were doing just that. Werewolves, dinosaurs, vampires, giant moths, Dr Jekyll becoming a semi-naked sister Hyde, ghouls, witchcraft and any myth or legend was fair game.
Unfortunately for studios like Amicus and Hammer, a film called Night Of The Living Dead (1968) came along soon enough - which fearlessly depicted scenes of graphic onscreen violence and cannibalism, racial and incestuous sub-text and the breakdown of society as a whole.
The Exorcist (1974) was right around the corner, which was to change the genre irrevocably with previously unheard-of use of bad language, and incredible scenes of blasphemy, crucifix masturbation, vomiting and the violent psychological breakdown of a 12 year old girl.
The Texas Chainsaw Massacre was also unleashed in 1974, which dragged the viewer further down into the traumatic horrors of necrophilia, cannibalism, torture, murder and screaming insanity. Alan Gibson's Dracula AD.1972 was released in the same year as The Last House On The Left, - and the buxom gorgeousness of Stephanie Beacham or Caroline Munro was simply no match for the sexual violence and visceral affront of Wes Craven's assault on the senses.
Dracula AD.1972 and The Satanic Rites Of Dracula (1974) were riding on a fresh new wave of British camp hipness and 70's fashion, which took Dracula away from the fantasy of gothic castle sets, paranoid village taverns and Romanian forests, and into present day swinging London. But it was too late. The public had seen too much - and wanted much more . . .

Perhaps by way of retaliation to the aggression of the new wave of American cinema, - or possibly an attempt to go with the modern flow of the market, Hammer responded in 1976 with To The Devil A Daughter, based on Dennis Wheatley's novel of the same name - in which an American writer falls into conflict with some very organized Satanists headed by Christopher Lee, - and battles to save the soul of a young Nastassja Kinski.
The film features an extremely alarming and protracted scene of violent birthing, in which a pregnant woman - without the use of any anesthetic, has her legs tied shut, so the unborn baby (devil) has to practically rip it's way out of her womb - all accompanied by agonized screams.
A deliberately loud, aggressive and very uncomfortable scene, which goes on and on and on! Additionally, the film features unashamed outright full-frontal nudity courtesy of Ms Kinski - who could have been as young as 15 or 16 at the time. (Kinski has often stated in interviews that she lied about her true age to get additional work, and uncertainty remains as to whether she was actually born in 1959, 1960 or 1961)
Heavy material from the Hammer camp, but ultimately betrayed by a low budget and televisual tone. 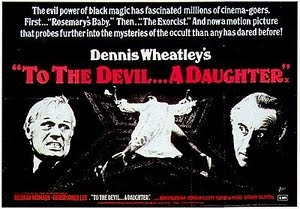 The latter half of the 1970's brought with it a new cinematic age of bigger budget graphic mayhem, where previous social taboos were ripped to shreds, and shotgun blasted heads, scalpings, razor slashings, torture, satanism and violent murder were mainstream, and on the indie / drive-in circuit, things were really getting down and very very dirty.
Low budget film makers were looking for new ways to violate and revolt audiences. 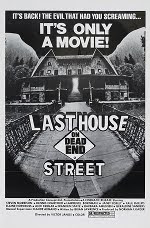 In 1977, The Last House On Dead End Street set a new precedent in cinematic sleaze, with a snuff-film premise, and
extensive scenes of torture, disembowelment, razor-attacks and humiliation which left nothing to the imagination.
I Spit On Your Grave (1978) features a rape sequence that lasts for almost 30 minutes, and a now-legendary (offscreen) castration, axing, hanging exploitation finale.
The gothic fantasy world of Hammer horror films seemed to be over. Usurped by the public hunger for more extreme, more realistic, more outrageous and violent cinematic fare.
However in 1980, a whole new chapter was about to unfold, and television would never be quite the same again.
For the time being though, one thing is for sure, - nostalgic evenings of early childhood remain precious, and recent tides of forgettable cinematic flotsam and jetsam will never wash away memories of Christopher Lee, Peter Cushing, Ralph Bates Jenny Hanley or Linda Hayden.
So while 'torture porn' sub-genres burn themselves out in the most graphic depictions of brutality and human cruelty, - and while the modern horror film seems to be more like a test of endurance than an actual story . . . Hammer will always be king of the castle. 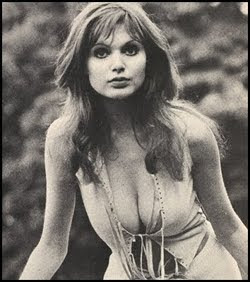 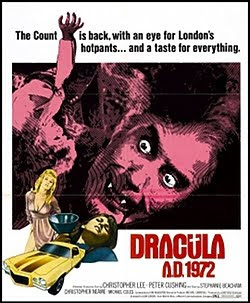